Experiments have been run to assess the impact of assimilating TSCV data in the Mercator Océan International forecasting system. Preliminary results show a nice improvement for the surface and sub-surface currents.

The impact of assimilating TSCV data in the Mercator Océan International forecasting system (SAM) is assessed through Observing System Simulation Experiments (OSSEs). Two experiments are run with the same settings and configuration, assimilating the same synthetic observation networks simulated from a high resolution free run (Nature Run; NR). Only one of the experiments (ASM) assimilates synthetic TSCV observations. Its comparison to the Control experiment (CTL) allows us to highlight the impact of such data.

Table 1 : Configuration of the experiments and observations assimilated.

Statistics on the difference between the experiments CTL or ASM with the NR are compared. As shown on Figure 1, Temperature is globally slightly degraded at all depths (up to 0.05°C) whereas there is no significant impact on salinity. At the equator however, the ASM experiment is closer to NR at surface and sub-surface for both variables. SSH RMSE is slightly improved. A global decrease of 1.5 cm/s in RMSE can be spotted at surface for both current components in the ASM experiment. This improvement goes down to 300 m, after which a slight degradation of about 0.2 cm/s can be spotted. This degradation at depth is under investigation. 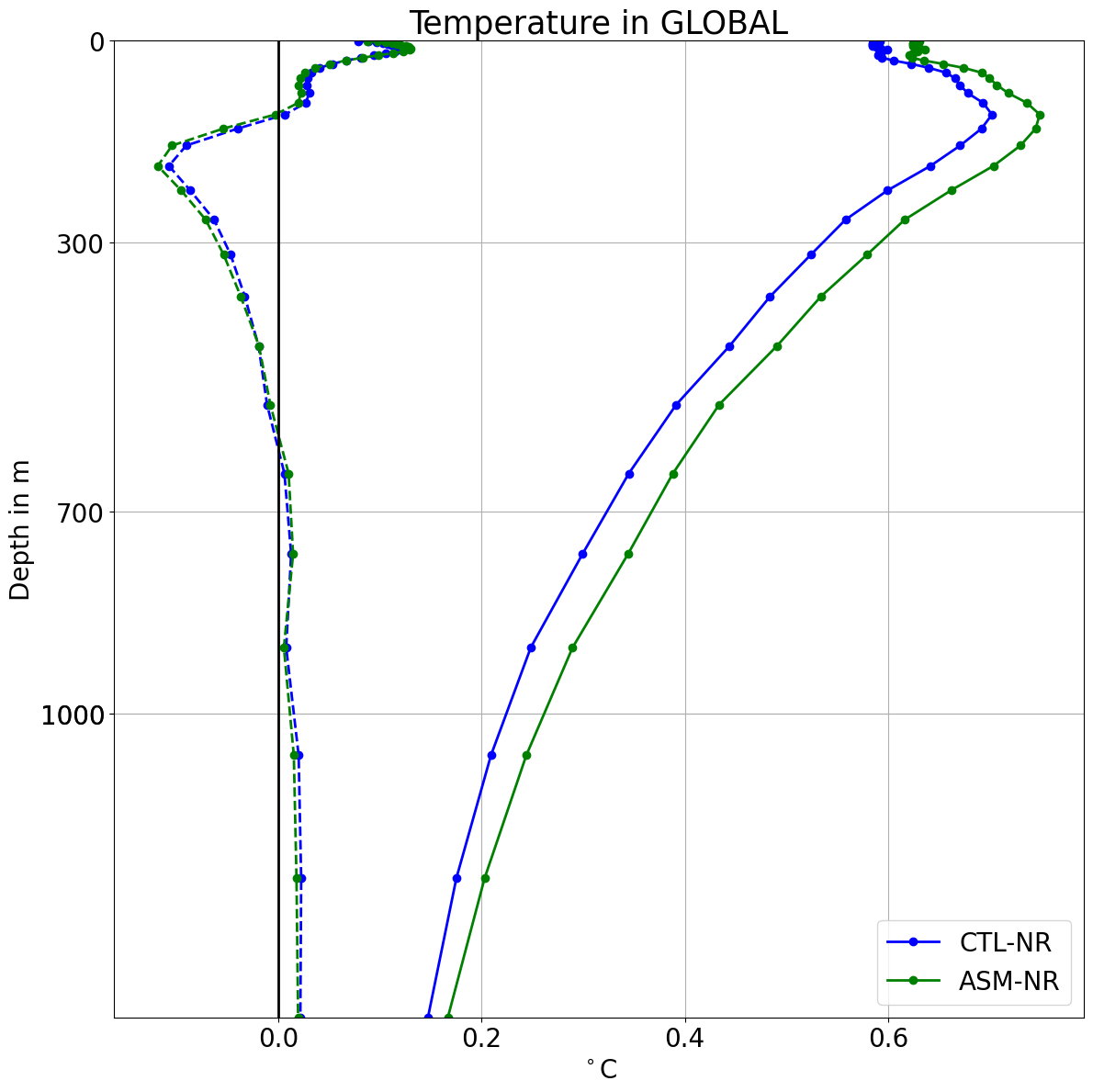 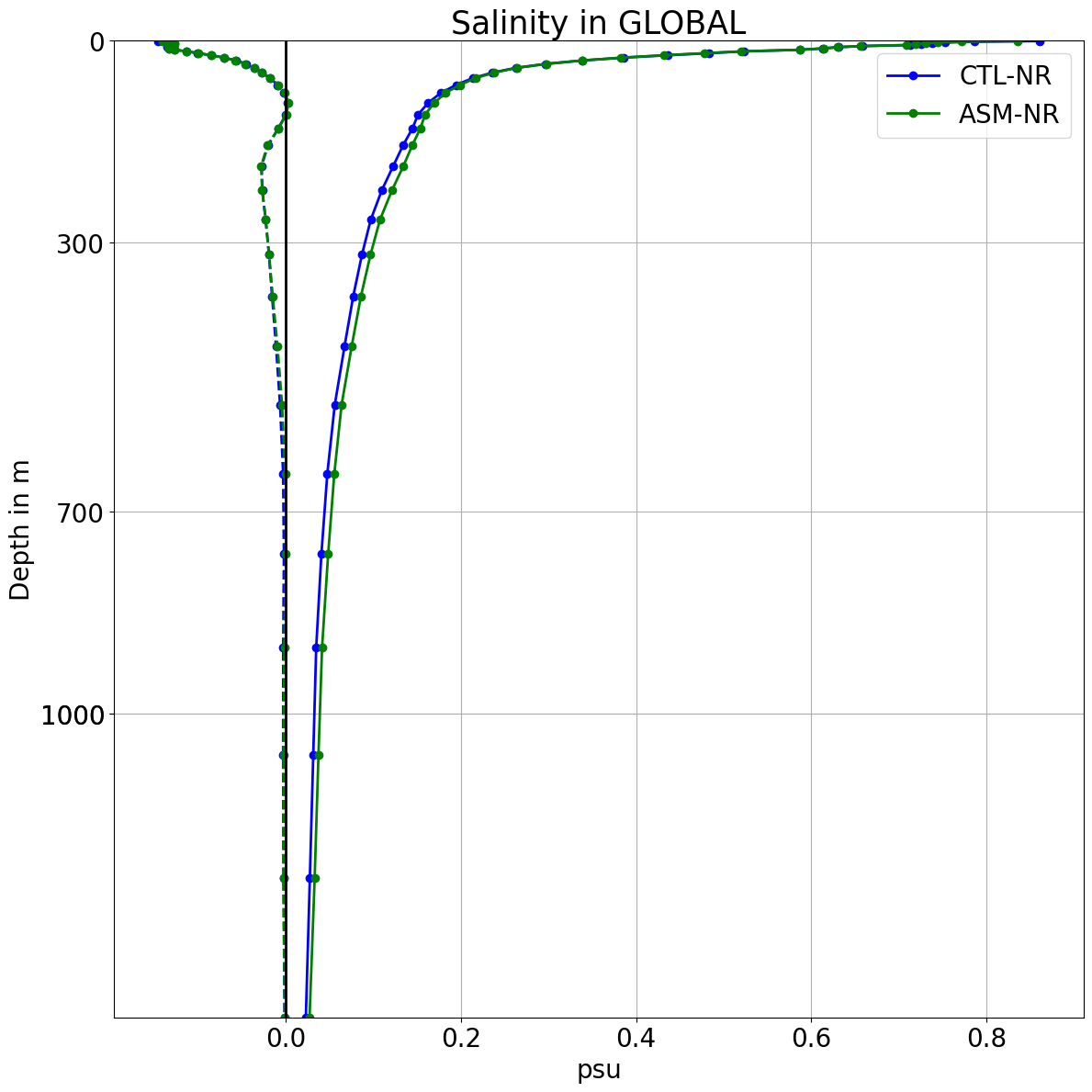 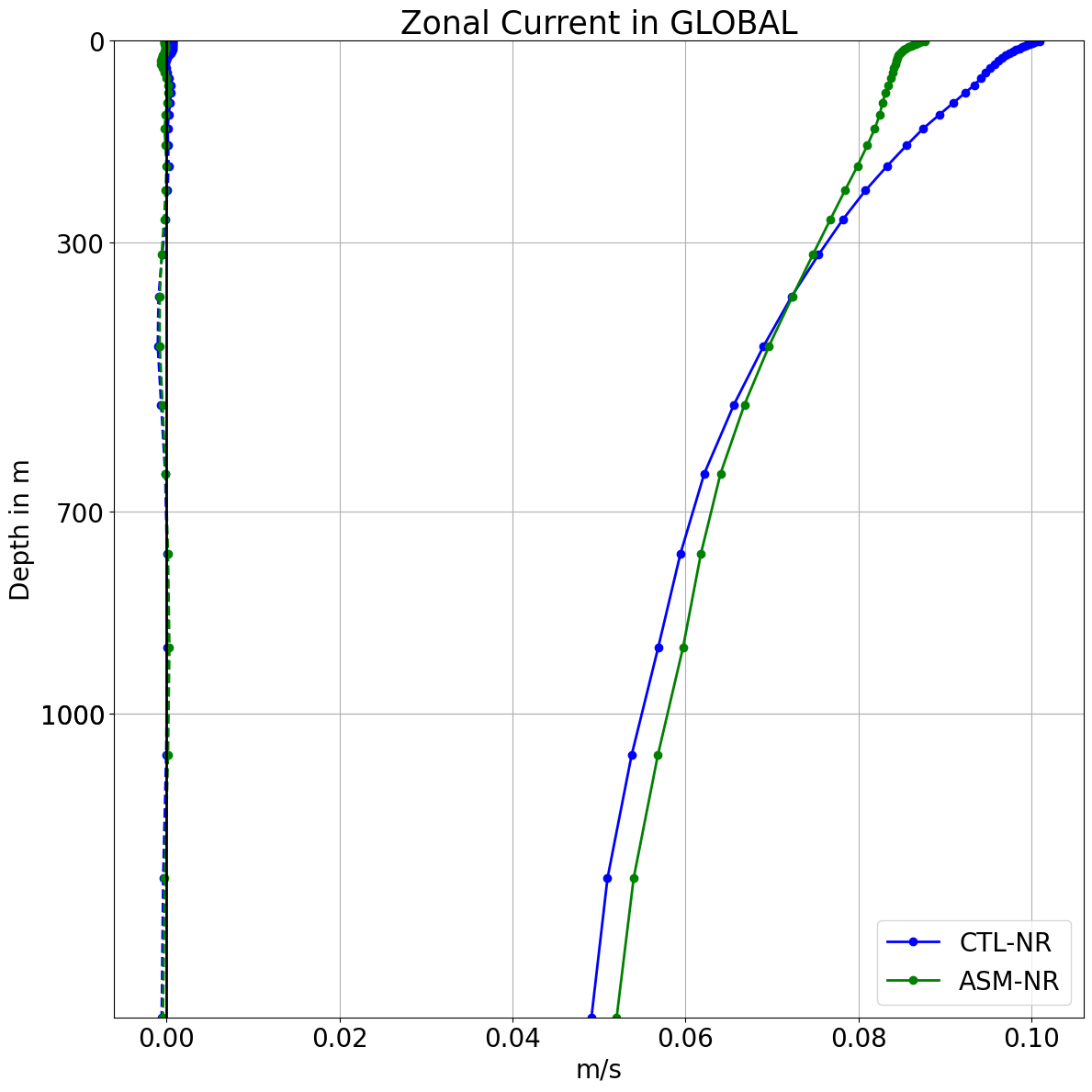 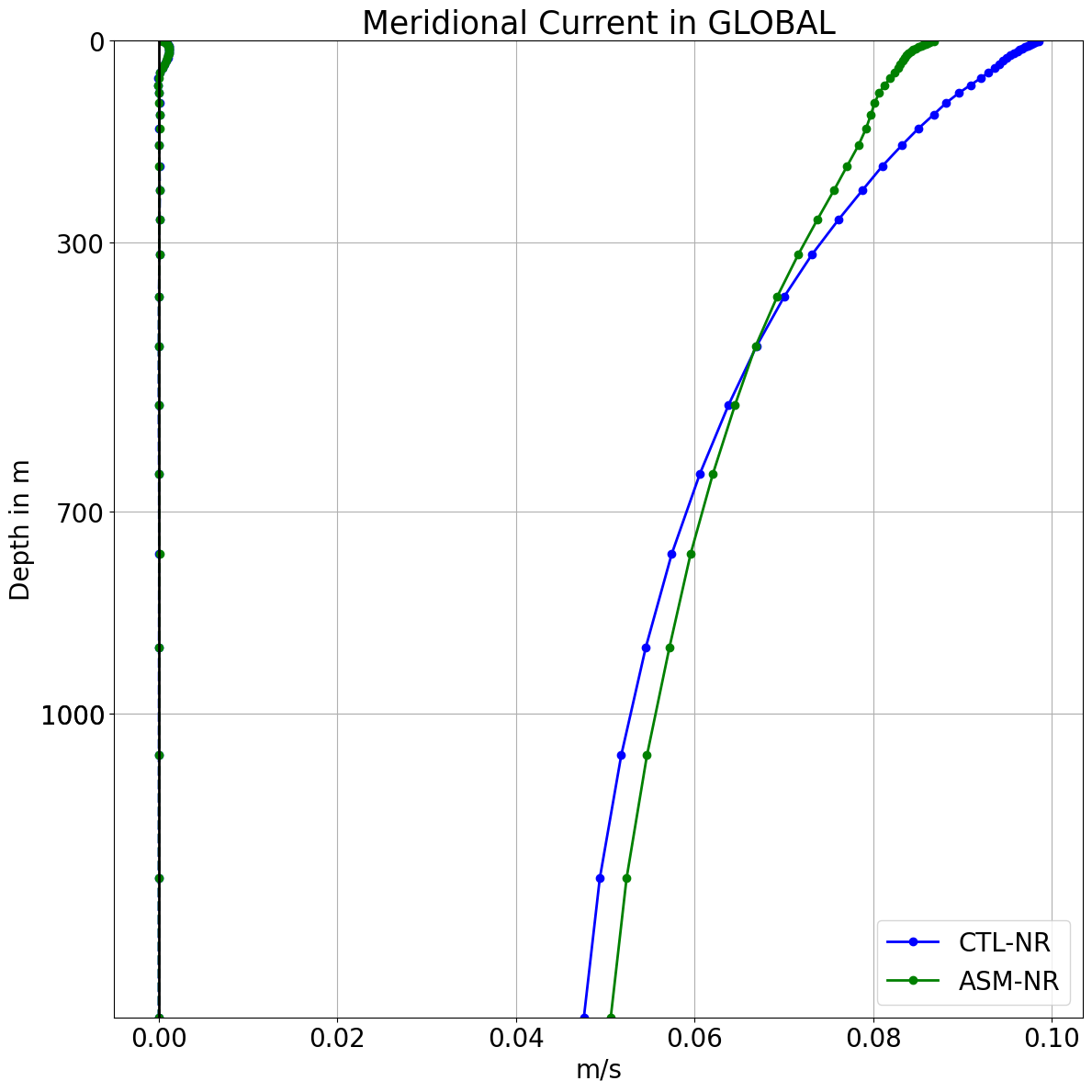 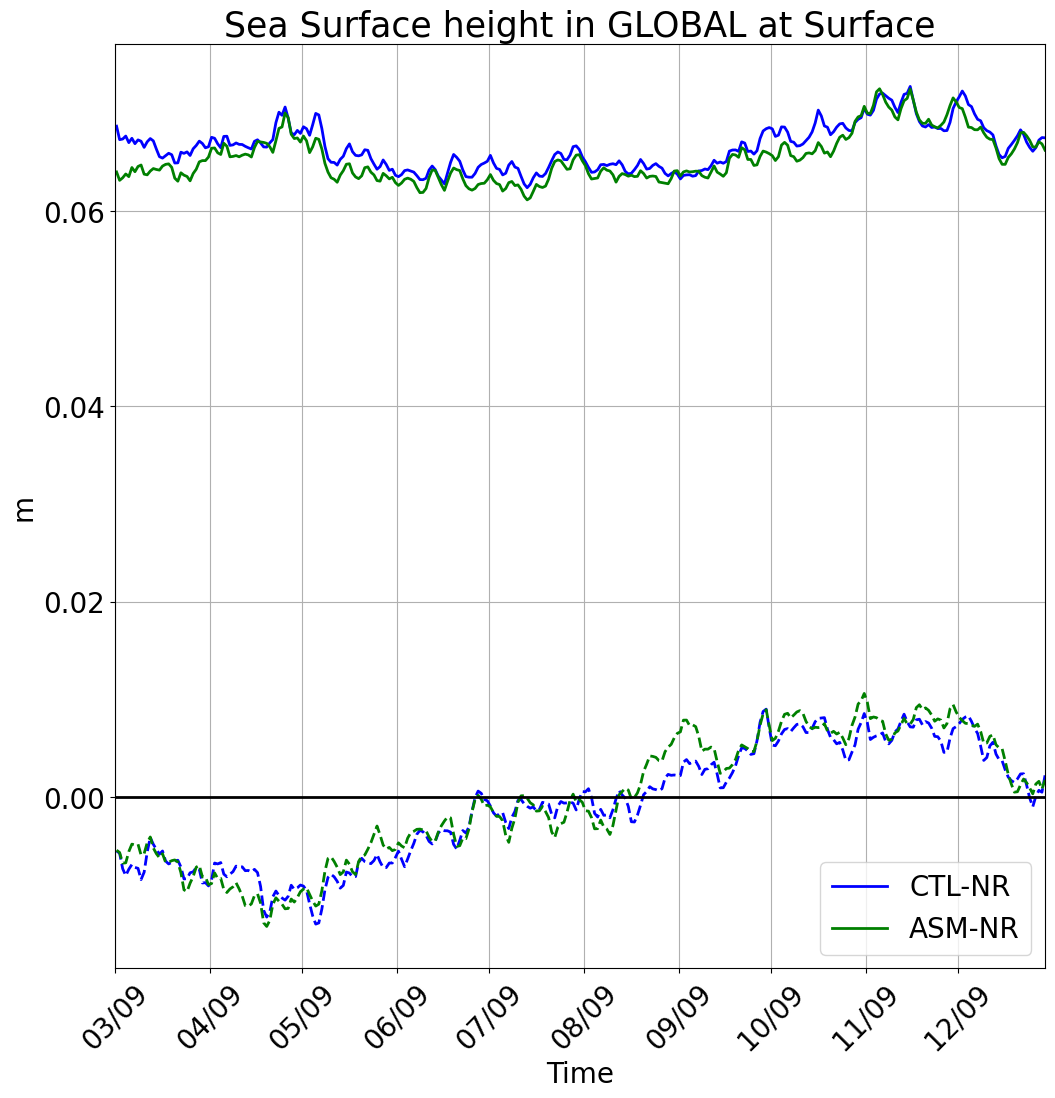 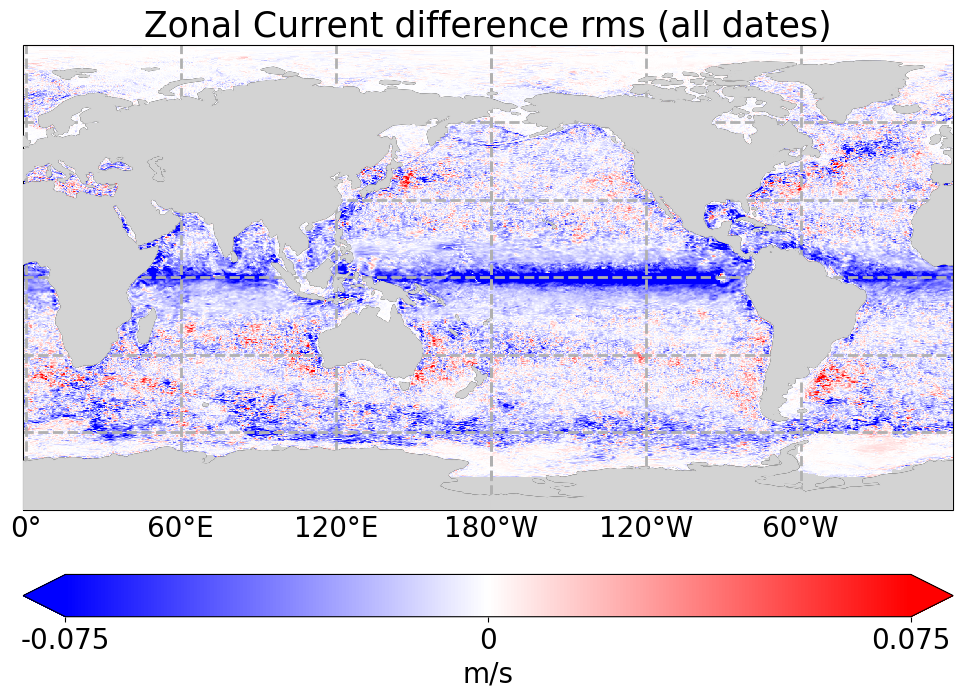 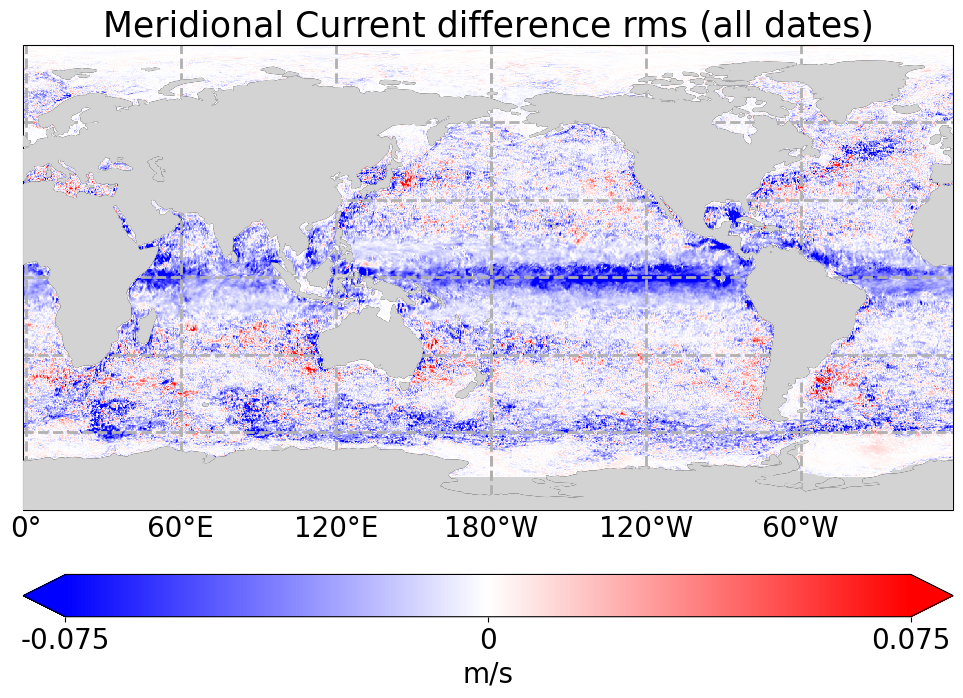 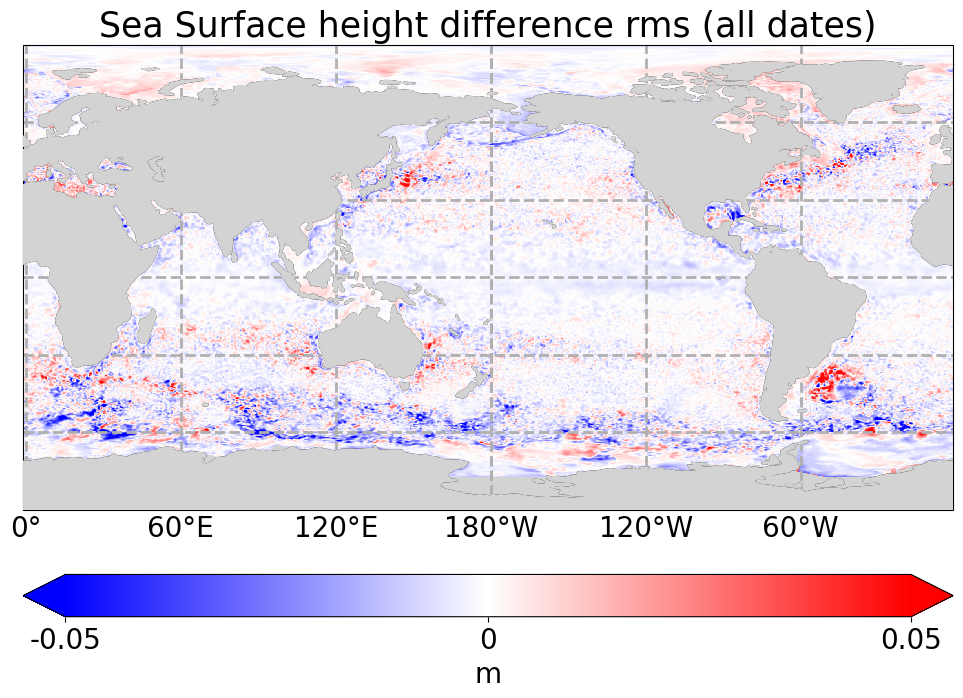 At surface, the currents are generally improved, especially for the dynamical regions (Equator, WBCs, ACC) as shown on Figure 2. However, there are slight degradations in particular locations (spot in the Kuroshio, Argentinian coast, Eastern coast of Australia, …). Compared with the SSH, the patterns of improvement and degraded locations are similar, except for the Equator. This suggests that the improvement is mostly geostrophic apart from the Equator.

OSSEs have been run to assess the impact of assimilating TSCV data. Although these observations are assimilated without any noise, the study allows first insights on the impact of such data in a forecasting system. All variables are improved at the Equator from surface down to 300 m. Currents are nicely improved in all other regions as well above 300 m. Further assessment is on-going. This study shows the potential of TSCV data to improve analyses and possibly forecasts.