More information about the operational ocean forecasting systems represented in OceanPredict can be found in the annual system reports. 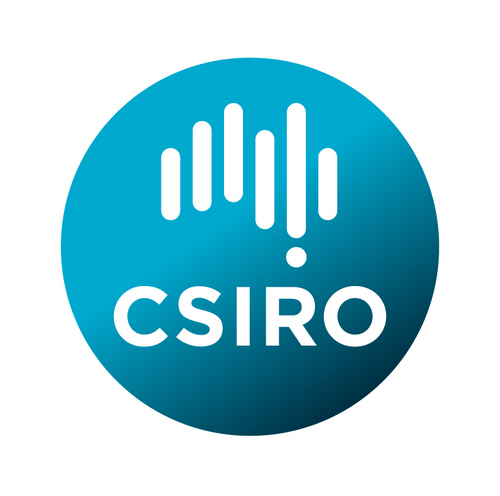 The Canadian Operational Network of Coupled Environmental Prediction Systems (CONCEPTS) is an initiative to establish an operational Canadian-global atmosphere-ocean-ice assimilation and modelling system. It aims to take advantage of improvements in ocean models and new near real time global oceanographic observations to produce new ocean products and improve weather predictions and seasonal to inter-annual climate forecasts. CONCEPTS includes different global and regional modeling efforts, e.g. for the Arctic & North Atlantic and the Great Lakes at resolutions from 1/4° to 1/36°.

The Estimating the Circulation and Climate of the Ocean (ECCO) systems that routinely produce global ocean data assimilation products include a near-real-time system based on Kalman filter/smoother assimilation that runs as the Jet Propulsion Laboratory and a delayed mode estimation system based on the adjoint methods that runs at the Massachusetts Institute of Technology (MIT). ECCO products are primarily geared towards scientific applications for physical oceanography and climate research.

The European Centre for Medium-Range Weather Forecasts (ECMWF) OCEAN5 system is a global eddy-permitting ocean and sea ice ensemble (5 members) reanalysis-analysis system. It comprises a Behind-Real-Time (BRT) component, that was used for production of Ocean ReAnalysis System 5 (ORAS5) and provides an estimate of the historical ocean state for climate applications and calibration of the seasonal forecasting system; and a Real-Time (RT) component, that provides the latest ocean conditions for NWP applications. The OCEAN5 system replaced the OCEAN4 system and now provide ocean and sea-ice initial conditions for all ECMWF coupled forecasting systems (medium-range, extended range and deterministic forecasts).

The Forecasting Ocean Assimilation System (FOAM) has been running operationally since 1997 at the Met Office and provides the main UK contribution to GODAE OceanView. It produces five-day forecasts of ocean and sea-ice variables. The system uses the NEMO OGCM and the CICE sea ice model, with assimilation using the NEMOVar 3D Variational scheme. In addition, a high resolution (5km) global Operational Sea Surface Temperature and Ice Analysis (OSTIA) product has been developed to take full advantage of sea surface temperature (SST) products made available through the Group for High Resolution SST (GHRSST). Full operational production of OSTIA commenced towards the end of 2006. These systems are run operationally at the Met Office and have been developed in conjunction with partners within the National Partnership for Ocean Prediction (NPOP).

The US Naval Oceanographic Office (NAVOCEANO) operates a 1/12 deg global ocean prediction system using the Hybrid Coordinate Ocean Model (HYCOM). This pre-operational system has been running in near-real-time since 12/2006 and real-time since 02/2007. A one-year assimilative hindcast spanning 06/2007 – 05/2008 was run to assess system performance and to compare with the NRL Coastal Ocean Model (NCOM)/NLOM system. This hindcast was spun up to real time and is the basis for the system currently in use.

The Indian National Centre for Ocean Information Services (INCOIS) operates the Integrated Indian Ocean Forecasting System (INDOFOS) to forecast surface currents, waves, winds, sea surface temperature, mixed layer depth and depth of 20 degrees isotherm up to 5 days ahead. It is is based on the Regional Ocean Modeling System (ROMS) and its horizontal resolution 1/4° degree with 40 vertical sigma levels.

Mercator Océan uses the NEMO z-coordinate primitive equation ocean code (Madec, 2008). It is coupled with the LIM2 and LIM3 Sea Ice Model from Louvain-La-Neuve with elastic-viscous-plastic rheology. The model system is coupled with
biogeochemical models (e.g. PISCES). The MFWAM wave model is used in the framework of CMEMS GLO MFC to produce real time forecast and reanalysis.

The Mediterranean Forecasting System (MedFS) is a numerical ocean prediction system that produces analyses, reanalyses and short term forecasts for the entire Mediterranean Sea and its Atlantic ocean adjacent areas. MedFS became operational in the late 90’s and was developed in the VI and VII EU and National Framework programs (Pinardi et al., 2003, Pinardi and since 2015 is part of the Copernicus Marine Service (CMEMS) (http://marine.copernicus.eu/). MedFS is developed and operationally maintained by CMCC since 2018 providing operational, regular and systematic information about the physical state of the Mediterranean Sea. MedFS is a coupled hydrodynamic-wave model with data assimilation component. The model horizontal grid resolution is 1/24 ̊ (4-5 km approximately) and is resolved over 141 unevenly spaced vertical levels and is nested in the Atlantic Ocean through the Copernicus global ocean system. The NEMO model is used to produce the hydrodynamic fields and the third-generation wave model WaveWatch-III provides the wave component. Ocean measurements from satellites (SLA) and in situ (ARGO, CTD and XBT) are assimilated daily with a weekly cycle producing daily and hourly analyses fields. Products visualisation, validation and system description is available at the following link: http://medfs.cmcc.it

The Japanese Meteorological Research Institute (MRI) developed the Multivariate Ocean Variational Estimation (MOVE/MRI.COM) system which has been operated by the Japan Meteorological Agency (JMA) for nowcasting and forecasting since March 2008. There are three implementations

NCEP has implemented a prediction system in the North Atlantic called Real-time Ocean Forecast System (RTOFS). Operated on a daily basis to provide 5-day forecasts of ocean state, RTOFS is designed to provide seamless boundary and initial conditions to more regional systems and to biogeochemical systems. RTOFS started to run in near-real-time in 2005. Its system is based on HYCOM, including body tides implemented in the North Atlantic on a curvilinear coordinate grid, whose horizontal resolution ranges from 18km in the eastern North Atlantic to 4km in the Gulf of Mexico, and with 26 hybrid coordinates on the vertical.

The National Marine Environmental Forecast Centre of China (NMEFC) of the State Oceanographic Administration has implemented an operational ocean analysis system to estimate temperature and salinity fields in the tropical Pacific Ocean. This system was launched in 2008 to provide monthly real-time monitoring of ENSO events that have large impact on Chinese climate variability.
The system is based on an OGCM developed by the Institute of Atmospheric Science.

A specific Brazilian effort on operational short-range Ocean Forecasting started in 2008 under the Oceanographic Modeling and Observation Network (REMO). REMO is formed by the Brazilian Navy Center of Hydrography (CHM), Federal University of Bahia (UFBA), Federal University of Rio de Janeiro (UFRJ), University of São Paulo (USP) and Petrobras Research and Development Center Leopoldo Américo Miguez de Mello (CENPES). The general goals are to do research in physical oceanography and to develop operational ocean forecasting systems over the tropical Atlantic and the South Atlantic for a broad range of users of oceanographic information, including the off-shore petroleum industry.

Towards an Operational Prediction system for the North Atlantic European coastal Zones (TOPAZ) developed at the Nansen Environmental and Remote Sensing Center in Norway, has been operational since January 2003. In March 2008, the Norwegian Meteorological Institute (met.no) began exploiting the TOPAZ system in its operational suite and provide Arctic products to the European Copernicus Marine Services. TOPAZ uses the HYCOM model coupled both with the CICE and ECOSMO models for sea ice and biogeochemistry respectively. TOPAZ uses the Ensemble Kalman Filter for data assimilation and covers the North Atlantic and Arctic. A reanalysis covers the period since 1991 with a similar system. Since 2020, a tidal and storm surge model and a stand-alone neXtSIM sea ice model have both been added.